Jump to contentJump to search 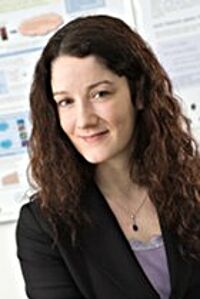 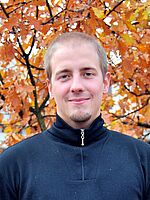 Marc Andre Daxer studied computer science, with a minor in biology, at the
Heinrich-Heine-University in Düsseldorf and works in the lab since
2012. His master's thesis comprised the development and application of
"computational methods for identifying reassortment events under
selection in the evolution of human influenza A viruses". Not only
since then he is interested in the dynamics that shape the evolution
of microbial pathogens and their respective hosts. 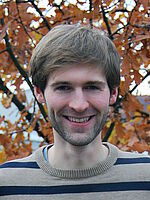 Johannes Dröge obtained his bachelor and master degree in bioinformatics at Saarland University, Germany. His main interest are evolutionary and probabilistic methods in the field of metagenomics. He currently works on an accurate high-throughput taxonomic binning method. 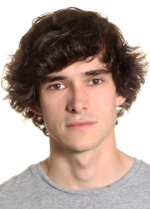 
Rubén Garrido Oter studied computer sciences at the Technical University of Berlin. He joined the lab in 2012 and is interested in machine learning and microbial evolution. His current project focuses on the study of plant-microbe interactions. 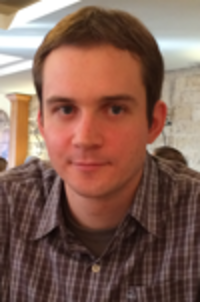 Ivan Gregor studied computer science at Saarland University, Germany and Charles University in Prague, Czech Republic. He joined the lab in October 2008 as a student programmer and in September 2010 as a PhD student. His first project was about phylogenetic reconstruction methods, his second project focusses on binning methods of metagenomic samples. 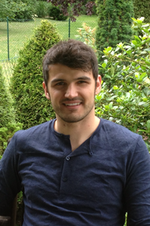 Thorsten Klingen obtained his bachelor and master degree in bioinformatics at  Saarland University, Germany. He joined the group in April 2013 as a master student. In February 2014 he started his doctoral studies and is working on phylogentic methods to infer viral evolution. 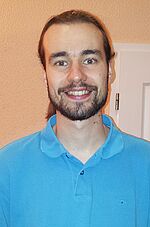 
Andreas Klötgen obtained his bachelor and master degree in bioinformatics and genomeresearch at the Bielefeld University, Germany. He is mainly interested in data driven analysis of human genetic researches. His current project focuses on post-transcriptional analysis of human data. 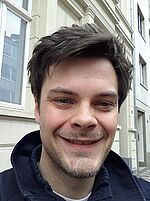 Sebastian Konietzny obtained a bachelor degree in bioinformatics & genome research in 2004 and a master in scientific computer science in 2008, both from Bielefeld University. He joined the lab as a PhD student in May 2008. He is interested in methods of Bayesian inference and data mining, which he applies to the analysis of metabolic capabilities of microbial communities. 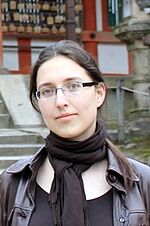 Christina Kratsch studied computer science at Jena University, Germany, and joined the group in 2009. She is interested in clustering and feature selection methods, in particular for non-i.i.d. data. Her current projects focus on influenza evolution and cancer-associated markers. 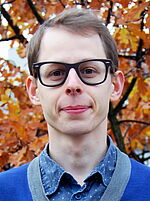 David Lähnemann obtained his Diplom of Biology at the University of Tübingen, Germany, with a thesis analysing whole population genomes from an Escherichia coli evolution experiment with antibiotics as selective agents. He joined the lab in 2013, with an interest on bioinformatic tools for the analysis of next-generation sequencing data from an evolutionary perspective. Currently, he works on human sequencing data to characterise the somatic lineage of different haematopoietic cell types. 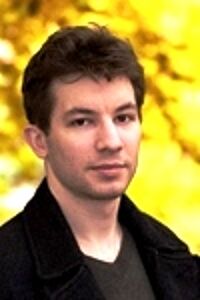 Philipp Münch has a bachelor degree in bioprocess informatics and will receive a master in epidemiology in 2014. He works in the lab since 2010. He is interested in evolution of microbial communities in the human gut and cancer epigenetics 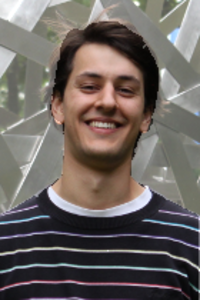 Aaron Weimann got his bachelor's and master's degree in bioinformatics from Saarland University and is currently conducting his PhD project in the Department of Algorithmic Bioinformatics of Heinrich Heine University. He is interested in developing and applying machine learning algorithms to (meta)genomics. His Ph.D. project is about relating microbial phenotypes and genotypes. 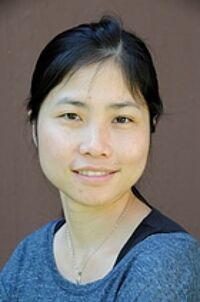 Yao Pan obtained her Ph.D. in microbial ecology at  Universität für Bodenkultur Wien, Austria. In April 2013, she joined the group. Her main interests are using computational methods to study bacterial and fungal communities in terrestrial ecosystems. Now her research is to assemble genomes from novel plant pathogens and to discover their genomic variations with different hosts in order to better understand microbe-plants interactions.